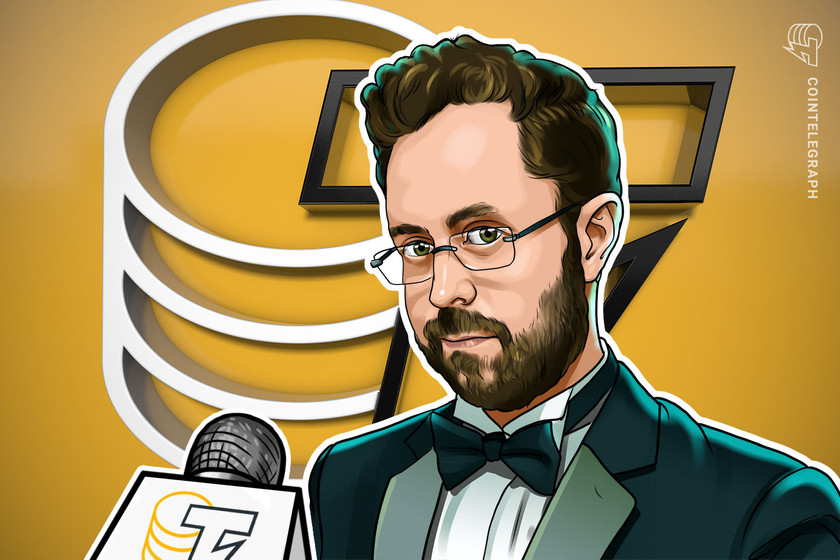 It is not known if Satoshi Nakamoto created Bitcoin (BTC) alone, if they had help from others, or whether they themself are just a pseudonym for a developer collective. However, after the launch of Bitcoin on Jan. 9, 2009, Nakamoto worked to improve the software by receiving feedback and opinions from several collaborators.

Among them is Dustin D. Trammell, one of the first cypherpunks to download the official version of Bitcoin and mine the cryptocurrency. Trammell is a computer security research scientist and a specialist in virtual security. In addition to talking to Satoshi and suggesting improvements to Bitcoin, he also received some Bitcoin from the creator themselves.

Cointelegraph Brasil talked to Trammell about the early days of Bitcoin, after the virtual currency hit a new valuation record above $61,000. Here’s what the early adopter thinks about the future of cryptocurrency.

Cointelegraph: Before Bitcoin, what was the atmosphere and how did you come to learn about BTC?

Dustin Trammell: I’m not really sure… My introduction to digital currencies was literally when Satoshi published the Bitcoin white paper to the mailing list. Prior to that, most of my experience with alternative currencies was of the metals-backed physical kind, like the Liberty Dollar.

“I did not speak to Satoshi before they released the Bitcoin white paper. The first version I was able to review and run was the initial public release to the mailing list a few months later. Yes, I used the very first public version and every version thereafter.”

I immediately began submitting bugs and asking questions, which led to the emails that I published via my blog. I remember being on the SourceForge list, as I wanted to keep up with development, but I don’t think I ever posted to it. I was subscribed to the Bitcoin-Development and Bitcoin-List lists, although it looks from my email history like I didn’t subscribe until 2013/2014. I don’t recall being in the IRC channel or the original forum. I joined BitcoinTalk after it was created.

CT: How was mining at that time? Was it something of a “study” or did you already think that Bitcoin could be a currency as it is today?

DT: Mining was incredibly easy, although I did not realize for the first few days that you had to go into the settings and specifically turn mining on. Once I did that, I was off to the races… So, there were a few days at the very beginning when I was running the software but not mining yet. Back then, you could easily mine with commodity CPUs and you could generate a block of 50 anywhere from a few times a day to one every few days, depending on your processing power.

“Given my interest in alternative currencies and information security, I was definitely interested in the project and thought it showed promise, but at the time I wasn’t thinking this far ahead and about what it has evolved into today. If I was, I would have saved far more Bitcoin than I did.”

Back then, I mostly sent Bitcoin to myself, consolidating coins into a single wallet from the various computers that I was mining on. I don’t recall sending any to anyone else until years later, when they were finally worth more than $0. Satoshi only sent me coins once using my IP address.

I actually stopped mining at some point and forgot about Bitcoin for a year or two, and was blissfully ignorant of what was happening with the project. During that time, the value appreciated from $0 to around $9. I started paying attention again when the news story about Bitcoin being used on the Silk Road came out. This is probably when I joined the other email lists.

CT: Do you think Satoshi had already worked on creating an e-cash before Bitcoin?

DT: Not sure, but probably not. It seems that they had pulled together many different technologies and concepts to create Bitcoin. I’m not sure you could have that kind of clarity and lack of bias if you had specifically been working on digital currencies prior. I think you might have needed an outside perspective.

In hindsight, Satoshi didn’t seem to be trying to solve a technical problem, but rather a social problem. A systemic problem with the legacy financial system. At the time though, they were very focused on the technology, so some of the philosophical points may have been overlooked or downplayed by those not paying close enough attention.

CT: Do you think Bitcoin has found the “formula” to achieve its value, or has it just become an investment asset that will be accumulated by the same “bankers” and governments that the cypherpunks once fought?

DT: Yes, today I truly believe that Bitcoin has the potential to become the world’s next global reserve asset. It has already conquered the internet; altcoins on exchanges are almost universally traded against Bitcoin in ALT/BTC pairs.

It has the rock-solid monetary policy and proven network effect to continue driving its value to the moon against other non-scarce assets. The new financial system that is being built on top of Bitcoin is going to completely outperform the legacy systems, that there’s literally no choice but for Bitcoin to supplant them. This is Finance 2.0.

“I think it’s a bit late for bankers and governments unless they get in the game quickly. Most of the Bitcoin has already been issued and the remaining authorized supply to be issued is dwindling rapidly, with the supply of newly minted coins halving every four years or so.”

They’ll have to buy from existing holders, and most of us have no intention of selling to them. That will drive the price in fiat currencies parabolic. The first central bank to print fiat to buy Bitcoin wins.

CT: Did you imagine that one day there would be this whole industry around Bitcoin?

DT: Yes, I saw the potential for Bitcoin to become very big, and there was some discussion at the time around scaling and what layer-two solutions might look like, but this has grown far beyond my early expectations.

I wish I still had most of the Bitcoin I mined. I had a lot. I gave a lot of it away to promote Bitcoin. I bought a lot of Casascius coins and Bitbills, and gave them out at hacker and computer security conventions, renaissance fairs, parties, left them as tips at restaurants, etc. I gave it literally to anyone that would take Bitcoin.

I also bought a lot of things with Bitcoin, from real estate and a car to Bitcoin miners to random electronics. I own one of the Bitcoin nerd merit badges that cost me… 1 BTC. They would still cost 1 BTC if they weren’t sold out.

“I have mixed opinions on other projects and what potential they have. I try to keep an open mind and consider each on its own philosophical and technical merits. For example, I actually do like Ethereum, but it’s not well decentralized and ETH is horrible money. It wasn’t intended to be money, and the Ethereum monetary policy is practically nonexistent. ETH is basically a utility token that you use to accomplish things on the Ethereum network.”

I hold a little ETH because I occasionally like to do things on the Ethereum network, such as play Decentraland, and following and participating in this whole NFT/crypto art movement is somewhat interesting. But I don’t hold it as an investment, or as money, because it has no stable, predictable monetary policy. I only hold enough of it to accomplish what I want to do on the network.

I think “DeFi” [decentralized finance] has a long way to go to work out the bugs and security issues with digital ledger contract systems. For now, I’ll stick to the original decentralized-finance project, Bitcoin.

CT: What about Satoshi — do you think they still have access to Bitcoin and continue to work on cryptocurrency development, or did they really abandon everything?

DT: I have no idea. My best guess is that Satoshi burned those keys early on to prevent themselves from being tempted to reveal themselves later, or lost them… Or Satoshi is dead. There are multiple plausible Satoshi candidates that are now no longer with us. Satoshi certainly isn’t Craig Wright though.

CT: Looking at what Bitcoin was in 2009 and what it is today, what is the future of the main cryptocurrency in the market?

DT: I believe it will continue to grow and evolve, from the speculative asset and store of value that it has now become, to later the global reserve asset, to a unit of account, and finally to actual currency.

We’re getting there with the floodgates of institutional money opening up and layer-two solutions like Bitcoin Lightning and Liquid coming online, but it’ll still take a while. That said, it’ll probably happen sooner than we expect. “Gradually, then suddenly…”