The cryptocurrency market is always changing, and blockchain games seem to be hitting new heights. Axie Infinity is at the forefront of blockchain/crypto based NFT games, and it has already made a big impact on the market.

Axie Infinity is so popular that its governance token AXS has recently been listed on Phemex – one of the world’s leading crypto derivatives exchanges.

AXS has seen its price increase by over 600% within just one month, with no end in sight. So what exactly is Axie Infinity and how is it making such big moves?

With over $42 million in sales in June 2021, it is currently one of the most popular NFTs in the world.

Design-wise, Axie Infinity is a Pokemon-inspired digital pet realm in which players employ their adorable digital pets, called Axies, in a variety of games.

The Axie Infinity ecosystem uses a play-to-earn mechanic and a player-owned economy to demonstrate the advantages of blockchain technology. Players can collect, raise, or use Axies to do battle while developing a land-based empire.

Third parties can readily access all art assets and Axie genetic data, allowing community developers to construct their own experiences within the Axie Infinity realm.

The main difference between Axie Infinity and traditional video games is that players are rewarded for their contributions to the ecosystem via Blockchain economics.

The term “play to earn” has been used to describe this new gaming model.

While Axie is a fun game, it has evolved into a social network and job platform as a result of its early success. This has in turn boosted the community and play to earn opportunities.

Thousands of players from developing countries have joined Axie Infinity in search of new income streams during the Covid pandemic. In fact, many of these players are fathers, aunts, and even grandparents who have never heard of Blockchain technology.

Therefore, Axie Infinity was created as an entertaining and instructive approach to expose blockchain technology to the general public.

Many of the founding members met while playing Crypto games, and this marks their first time  the wonders of blockchain technology to billions of people. 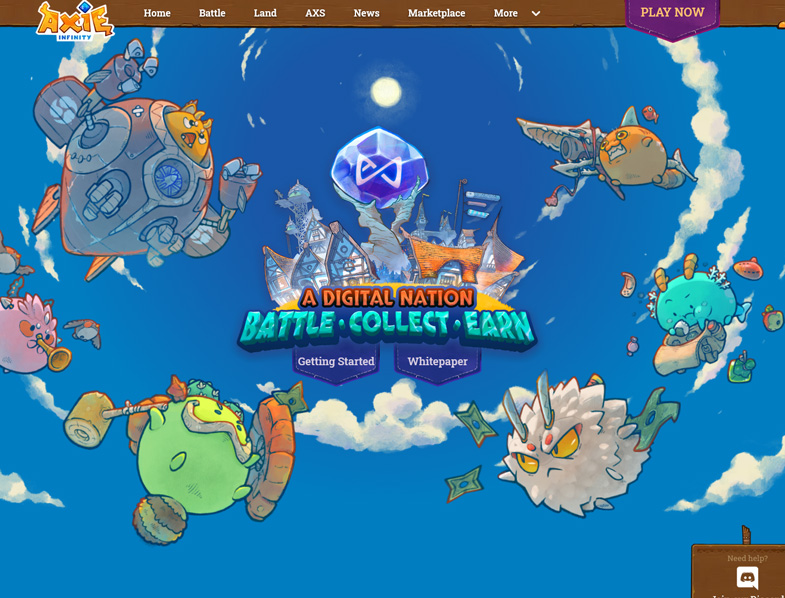 How To: Earn Crypto with Axie Infinity

Axie is commonly regarded as the biggest and most powerful NFT gaming community.  Players can take advantage of various ways to earn income.

One of these earnings opportunities comes from breeding and selling Axies.

In addition to being charming pets, each Axie is a non-fungible token (NFT) so it also acts as a one-of-a-kind digital collectible. Axies can be used to breed, fight, and help the player complete quests for resource farming.

Collecting and speculating on rare Axies such as Mystics and Origins or competing in PVP combat to gain leaderboard awards are all ways to earn through this platform.

Another method is to farm Smooth Love Potion (SLP), a utility token that is required to breed Axies. This token is available for sale on some exchanges so players can earn money through this farming technique.

Players can obtain this token by playing a Ready Player One-style quest, so they can earn a piece of the universe.

These objectives are not winner-take-all. Each player is rewarded based on their work and expertise.

The blockchain mechanic of “play to earn” is becoming more well-known. It promotes a positive attitude while having a real impact on players’ lives. As a result, Axie Infinity is reaching new heights.

Axie Infinity Shards, an ERC 20 governance token for the Axie universe, launched on November 4, 2020. Holders will help define Axie Infinity’s future by indicating their support for ecosystem changes and directing how the community treasury will be used.

If AXS token holders stake their tokens, play the game, and vote on important governance votes, they will be eligible for awards. Staking AXS serves as a motivator to hold the token and support the ecosystem.

The aim of Axie Infinity Shards is to align the incentives of players and developers in new and intriguing ways.

The processes mentioned above are designed to attain two key objectives: to incentivize gamers to save their tokens in order to claim further prizes while also rewarding them for interacting with Axie Infinity.

AXS is not available for purchase on any of the main US exchanges. Using a decentralized exchange is an option, but be cautious, because they are not always accessible to US investors, and buying through an unregulated exchange could have risks.

Phemex supports the vision of Axie Infinity, and has listed AXS. More projects like Axie are coming, and this category will be the next big thing in entertainment and business.

Anyone who believes in the potential blockchain and gaming can gain additional exposure by trading at Phemex. 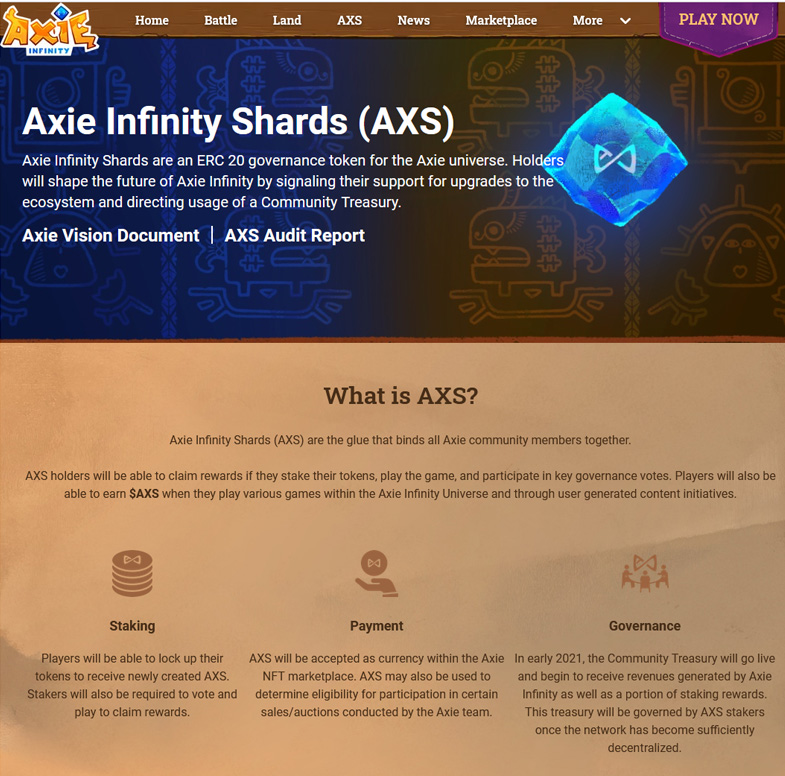 At the time of writing, Axie Infinity is seen as the leading gaming platform in the NFT market.

Axie is a cryptocurrency game where players earn money by playing. Specifically, players in these games earn cryptocurrency tokens, which they may then trade for fiat money on decentralized markets.

According to Token Terminal, protocol income on Axie Infinity was $305 million in the last 30 days, compared to $91.4 million for Ethereum.

It is actually possible to make a living by playing Axie Infinity in many parts of the world. The more talent players develop in playing the game, the more money they can make.

Because Axie Infinity is a community that encourages token holders to join, users must have three Axies to participate in the game.

People, especially those in developing countries, are quitting their jobs to play Axie because it has helped many people overcome economic hardships caused by the pandemic.

However, currently most people perceive it as a side hustle rather than a full-time profession.

Axie Infinity has already found a massive following globally. In reality, this idea is just getting started.

To learn more about Axie Infinity and how the platform plans to grow, click here to visit the website.

The world is ready for the amazing features that Axie Infinity has created. In one year, it is likely that the number of users, as well as the value being generated on the platform, will both be much higher than today.

The post Axie Infinity: A NFT-Based Video Game Where You Can Earn as You Play appeared first on Blockonomi.